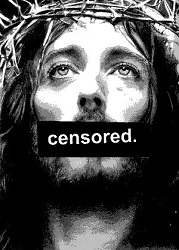 Bill Donohue comments on the latest example of intolerance for the religious rights of military personnel:

A Latino Colonel writes a tribute to his mother in an Air National Guard newsletter, the Stinger, and learns that he has violated rules set by the U.S. Air Force; the Air National Guard is governed by Air Force rules. His crime? He mentioned his mom’s reliance on Jesus.

It would be instructive to know if the Stinger would allow a reprinting of the Declaration of Independence. After all, it has four explicit references to God.

To read my letter to military officials, click here.