FRANK BRUNI IS THE REAL HYPOCRITE

FRANK BRUNI IS THE REAL HYPOCRITE 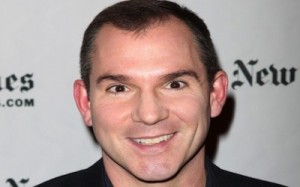 Last week, Frank Bruni told us he really doesn’t hate priests, he just hates the Catholic Church and its “appointed caretakers” (a.k.a. the bishops). Today the angry ex-Catholic homosexual is ripping about a lot of things Catholic, one of which was a boneheaded decision by lawyers for a Colorado Catholic hospital who invoked state law to shield the facility from damages: they argued that because a fetus is not defined as a person, the facility could not be sued in a “wrongful death” suit involving unborn children. The Colorado bishops obviously disagreed with these damage-control attorneys, branding their decision “morally wrong.” End of story? Not for Bruni. He sees hypocrisy.

Just as he did last week, Bruni seizes on documents indicating that former Los Angeles Archbishop Roger Mahony failed to report cases of suspected sexual abuse. But Bruni’s anger is selectively employed against the Catholic Church. For example, at the end of last year when it was reported that Mark Thompson was leaving the top post at the BBC to become the new president of the New York Times Company, it was revealed that he pleaded innocent to knowing anything about BBC icon and child rapist Jimmy Savile. This despite clear and convincing evidence that he lied. And what did Bruni say? Nothing. Nor did he question the finding that Thompson was innocent, even though it was the result of a BBC internal investigation. Yet he wants the government to go after Mahony, and would mock the very idea of an internal probe.

Bruni is a deeply conflicted man. In 1997 he wrote an article about the sexual abuse of minors that was amazingly sympathetic to the abusers (click here). He quotes “experts” who say we need to get away from “ironclad roles of villain and victim,” and who say the victim should be told “that somebody cared about you and loved you but didn’t do it in the right way” (my italics). Not only is the compassion twisted, it shows that the real hypocrite is Frank Bruni.